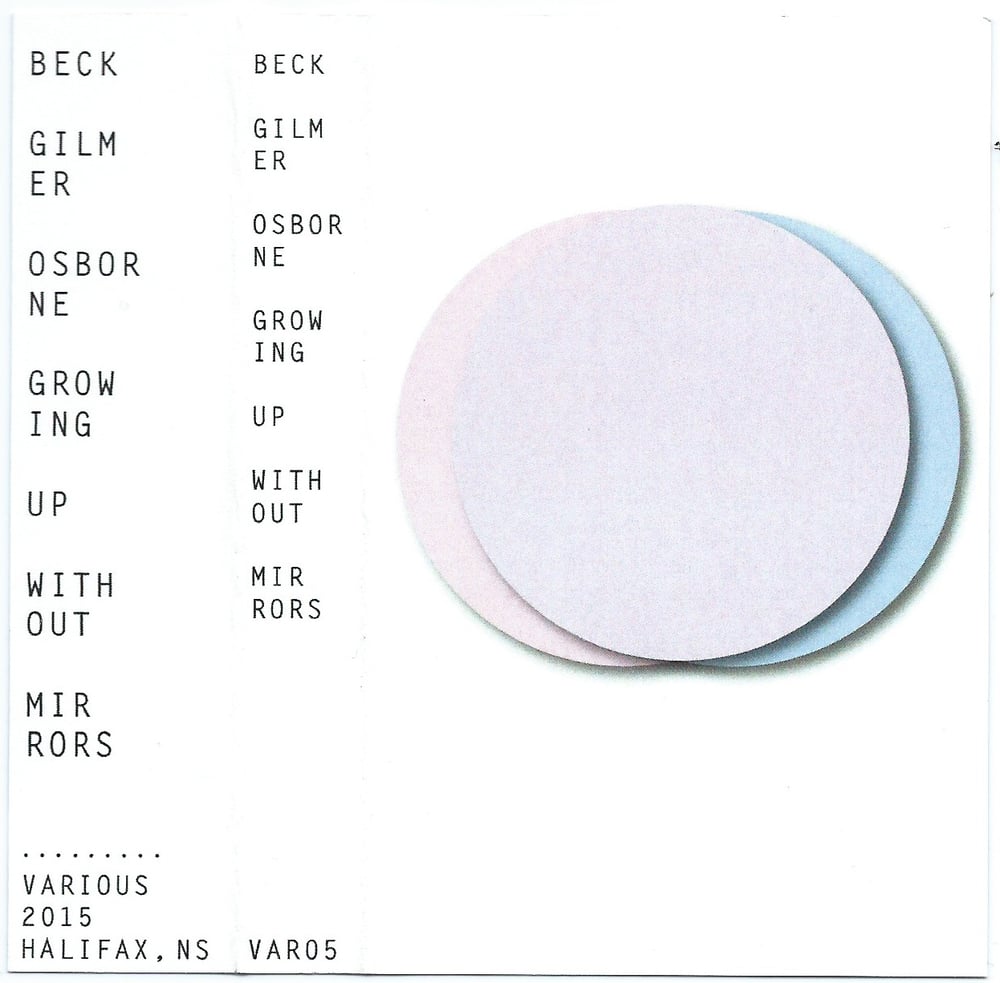 From the electro-acoustic/experimental noise department at Various, the second cassette from former local (now returned to Ontario) art star Oz Gilmer, known as Beck Gilmer-Osborne at the time of its creation. A-side is 30 minutes of sound produced by a mysterious home-made machine that involves many wires, integrated circuits, and a saxophone (tenor, I believe). Hear strange electrical rhythms pulsate and quit, harsh electrical buzz sounds, and the occasionally recognizable sax timbre, all of which will leave your mind well warped if you hang on for the whole 30 minutes. B-side is 10 minutes long and brings in some field recordings and other hard-to-recognize scree, maybe even some light use of sampling/keyboards though I can't be certain. Feels like I'm the only one who has listened to this besides the person who made it, and for that reason I can say that this is easily my favourite Various release. -Dave